Renaissance first opened in 2003 as a beginning small school on the Lehman Campus. From its inception Renaissance was engaged in a strong partnership with Lincoln center. Over the years students have attended a multitude of performances and worked with teaching artists to further develop their understanding of the performances they have seen. Renaissance students have also been exposed to a wide variety of Broadway productions through our partnership with TDF (Theater Development Fund). Students are also given a variety of opportunities including the annual musical theater production, the school beginning or advanced band, or the award winning choir.

In 2006 Renaissance joined the AVID community, a national organization designed to promote collegestudents. In 2013 we were selected to be part of the College Success Program, a New York City initiative that is offered to a small group of AVID High Schools. The program provides financial support and internships for select students attending four year colleges. Renaissance began offering AP classes in 2007 and is currently working with other schools in the campus in the AP for all initiative to broaden the AP experience for its students. In addition, the school is also partnered with Lehman College in the College Now program, where Renaissance students have been earning college credit since 2008.

Since 2008 Renaissance students have participated in a number of enrichment programs through our partnership with Bronx Institute. Through this partnership students have taken classes in many different disciplines including, robotics, film production, sports statistics, creative writing and martial arts. This program has also offered students the opportunity to take multiple educational day and overnight trips.

Thank you for visiting Renaissance High School for Musical Theater & The Arts' website. We hope that our website provides you with valuable information and resources about our school and that after visiting our site you have a better idea of everything we have to offer our students. 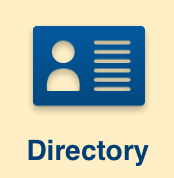 Renaissance High School for Musical Theater and The Arts is a unique high school whose mission is to provide a secure, attractive and friendly environment in which students are actively engaged in attaining the skills necessary to ensure a theatrical experience, immediate employment and/or admission to college upon graduation.

We realize that our students come from a variety of cultural and family backgrounds and that each student deserves and needs varied, interesting, relevant learning experiences, supportive guidance services, and career counseling in order to reach her/his greatest potential. Using an early evaluation system and plans for additional support services, incoming students and their parents are actively involved in plotting realistic and attainable goals that will lead them to high school diplomas and future career objectives.

The Renaissance mission is to produce contributing members of society through a participatory educational process dedicated to:

1. Creating a rigorous academically and aesthetically standards-driven environment.
2. Developing critical thinking skills in order to foster independent decision making.
3. Establishing an environment that addresses the needs of all learners, while allowing each student to reach his/her maximum potential.
4. Integrating civic and social skills to ensure that our students function productively in the world community.
5. Supporting the concept that learning is a lifelong process.

The staff and students of Renaissance High School for Musical Theater and The Arts expect and maintain high standards of learning, professionalism, and behavior and exhibit compassion and respect for one another.

RHS in the Spotlight

Statement on Accessibility: We are working to make this website easier to access for people with disabilities, and will follow the Web Content Accessibility Guidelines 2.0. If you need assistance with a particular page or document on our current site, please contact Kimberly Conrow  at 718-430-6390 to request assistance.